Autumn Budget 2021: What to expect

The autumn budget is set to take place on the 27th October 2021, with Chancellor Rishi Sunak confirming the date earlier this month. However, the government is yet to share any details around what they may announce on the day. But that is not to say that others haven’t already made their predictions. So, what should we expect to hear after what seems to be a never-ending stream of updates and changes? Kirk Hills, your local chartered accountants, will run you through the predictions for the Autumn Budget 2021 and what you should anticipate for it.

According to the Institute for Fiscal Studies (IFS), Rishi Sunak, Chancellor of the Exchequer, could usher in cuts in the region of £2bn. This will be for government departments tasked with meeting the Tories’ flagship “levelling up” agenda, as reported in the Guardian. The IFS said “the chancellor was on track to lift the UK’s tax burden to the highest sustained level in peacetime with a package of manifesto-busting tax increases at this month’s budget and spending review.” 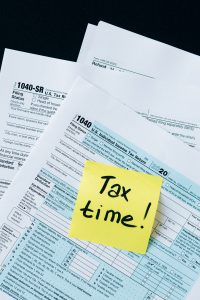 What we already know

In an article written by Which, they ask whether the most significant announcement has already been made. Pointing to September, Which recall how the government announced a 1.25 percentage point increase to National Insurance from April 2022. This increase to the amount which you contribute towards your National Insurance will be dedicated to the NHS, with increased spending aimed to fix the social care crisis.

Similarly there was confirmation that the state pension ‘triple lock’ would be suspended for a year, guaranteeing that state pension will rise each year through inflation, average wage earnings growth or 2.5% depending on which is highest.

As well as an end to public sector pay freeze, there could be measures introduced which will seek to address the ongoing “cost-of-living crisis that serves as this Budget’s backdrop.” It is believed that a number of Conservative MPs are in favour of a potential cut to the 5% VAT rate for household energy bills.

Elsewhere, rumours continue to swirl around a possible announcement of an increase to the minimum wage for workers over the age of 23. It was something that was first mentioned in Boris Johnson’s Conservative Party conference speech, however, nothing materialised in the immediate aftermath, leading to speculation that it will be saved for the official Autumn Budget at the end of October.

While there is no doubt that further predictions are sure to surface as we build up towards the announcement, we will still have to wait until the 27th to find out exactly what will change. Until then, be sure to stay up to date with your local chartered accountants blog, and visit the Kirk Hills website again.

Declaring bankruptcy - What you need to know.

Are you considering whether or not to declare bankruptcy? Perhaps you are facing foreclosure on your home, or you have lost control of your debts, it is vitally important for you to understand what your options are.

If you’re involved in small business or accounting, there’s no way you’ve been able to avoid the juggernaut that is Making Tax Digital. This is one of the biggest contributors to the massive changes made to the way businesses keep their records.

Do You Need to Submit A Self-Assessment Tax Return & What Expenses are Allowed?

The Self-Assessment Tax Deadline (31 January 2021) is fast approaching but our team remain fully operational as we work to submit all of our client’s returns in a timely manner. However, you may be unsure what expenses are allowable on your return or whether you need to submit a return at all.

Amongst a range of measures introduced by the Government amid the Coronavirus, recent communication has alluded to the sense that additional measures to assist ratepayers with business rates will be unveiled. The details of these measures are yet to be revealed, however, we have detailed all of the given information to date below.

Full Article
We use cookies on our website to give you the most relevant experience by remembering your preferences and repeat visits. By clicking “Accept”, you consent to the use of ALL the cookies.
Cookie settingsACCEPT
Manage consent

This website uses cookies to improve your experience while you navigate through the website. Out of these, the cookies that are categorized as necessary are stored on your browser as they are essential for the working of basic functionalities of the website. We also use third-party cookies that help us analyze and understand how you use this website. These cookies will be stored in your browser only with your consent. You also have the option to opt-out of these cookies. But opting out of some of these cookies may affect your browsing experience.
Necessary Always Enabled
Necessary cookies are absolutely essential for the website to function properly. These cookies ensure basic functionalities and security features of the website, anonymously.
Functional
Functional cookies help to perform certain functionalities like sharing the content of the website on social media platforms, collect feedbacks, and other third-party features.
Performance
Performance cookies are used to understand and analyze the key performance indexes of the website which helps in delivering a better user experience for the visitors.
Analytics
Analytical cookies are used to understand how visitors interact with the website. These cookies help provide information on metrics the number of visitors, bounce rate, traffic source, etc.
Advertisement
Advertisement cookies are used to provide visitors with relevant ads and marketing campaigns. These cookies track visitors across websites and collect information to provide customized ads.
Others
Other uncategorized cookies are those that are being analyzed and have not been classified into a category as yet.
SAVE & ACCEPT